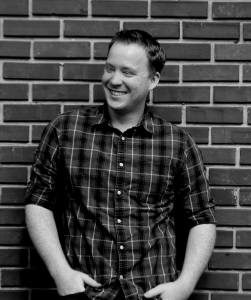 J. N. Chaney has a Master’s of Fine Arts in Creative Writing and fancies himself quite the Super Mario Bros. fan. When he isn’t writing or gaming, you can find him somewhere online, probably goofing off. He spends most of his downtime reading, catching up on netflix, and building a weapon to combat the oncoming invasion of fifth-dimensional beings (probably shaped like spaghetti or something).

After serving in the US Air Force, Chaney decided to pursue writing full time. Since then, he’s published two novels in his ongoing Variant Saga. It’s a cool series about genetic engineering, dystopian societies, and other neat stuff. Check it out if you’re into that sort of thing.

Chaney migrates often, but was last seen in Avon Park, FL. Any sightings should be reported, as they are rare. Also, you should say hi to him. He likes that.

We Asked the Author:

What is your favorite word? Sonder – n. the realization that each random passerby is living a life as vivid and complex as your own—populated with their own ambitions, friends, routines, worries and inherited craziness—an epic story that continues invisibly around you like an anthill sprawling deep underground, with elaborate passageways to thousands of other lives that you’ll never know existed, in which you might appear only once, as an extra sipping coffee in the background, as a blur of traffic passing on the highway, as a lighted window at dusk.

What is your least favorite word? Crust. I just don’t like the way it sounds.

What turns you on creatively, spiritually or emotionally? Anything that forces me to think and challenges my viewpoint.

What is your favorite curse word? Fucknugget

What sound or noise do you love? Falling rain

What sound or noise do you hate? A crying baby

What profession other than your own would you like to attempt? If I couldn’t write fiction, I’d love to be an entertainment media journalist (video games, movies, shows, books). Who doesn’t like talking about their favorite movies, books, or games? 🙂

What profession would you not like to do? Anything involving computers. I worked as a computer network administrator in the Air Force for four years and absolutely hated the job. I loved the military, but the actual work was mind-numbing. I don’t think I could ever do it again.

If Heaven exists, what would you like to hear God say when you arrive at the Pearly Gates? “I’m surprise you made it.”