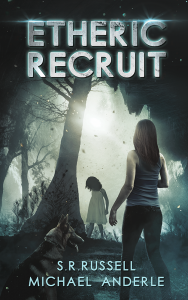 When you are a young adult in the Etheric Empire, your life can be changed in mere moments.

Often for the better.

Anne was saved by the Queen herself many years before on planet Earth. Now, she is struggling with focus, and coming into adulthood while her mom struggles with her own future.

When Anne’s mother makes an ultimatum, the Empress steps in, and Anne’s life is saved by her young friend, with four paws.

Now, Anne must grow up with her partner, and fast. Her new friends are going to need her in the future.

Together, the young woman and her partner, Jinx, have a future to affect.

Set on the foundation laid by the Kurtherian Gambit Series, this story tells about one of the fan favorites and her new partner. Together, they just may be instrumental in changing the future of technology and life.