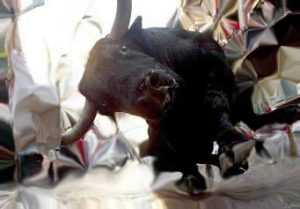 By S.R. Russel & Michael Anderle
Snippet 1
Unedited
Chapter One
Jinx twisted as much as she could, but she wasn’t able to evade the kick. Her armor protected her body from serious damage. But, when a Yollin mercenary kicks a one hundred and twenty-five-pound dog, with three hundred pounds of force? The dog goes tail over nose.
You alright? Anne asked her friend and partner. Seeing Jinx go flying across the room ignited that part of her that she didn’t like to acknowledge. The part that didn’t mind hurting people. She pushed her speed even higher, faked a punch at the head of the man in front of her and then drove her left foot through his knee joint. She ignored the satisfying scream he made, as he collapsed, and moved to intercept the Yollin who was still focused on Jinx.
Yes, Jinx reassured Anne, my armor is working fine. It’s just, that guy who got hit in the head with the apple, that bit me that time.
?? Anne sent back to Jinx, not one hundred percent focused on their conversation once she was assured Jinx was alright. She dodged the kick the Yollin sent in her direction, grabbed the leg that was still in the air. Then, she flung him ten feet into the three humans that were with him.
Some human from years ago. Matrix was telling me about him. He was sitting under a tree, and an apple fell and hit him on the head. Jinx had recovered and was circling around their opponents looking for an opening. Supposedly, it caused him to write some laws or something. What it comes down to is if a raging bull hits a china shop then shit’s getting broken.
OMG, you’re hilarious! Anne couldn’t stop the smile that resulted from Jinx’s banter. She was reasonably certain that if Jinx had been talking with Matrix about Newtonian physics, there hadn’t been any conversation concerning bulls in china shops. There was a time when Jinx had difficulty understanding nicknames and other odd human phrasings, like hot-dogs, but nowadays it seemed that she collected metaphors.
Bull in a china shop indeed.
TagsEtheric Researcher Kurtherian Gambit Series Michael Anderle S.R. Russell