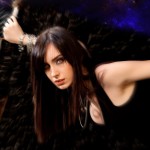 Mary woke up slowly, held in a woman’s arms. Her memory a little foggy, she opened her eyes to look up … to look up into a face of an angel, someone who shouldn’t be here, holding her right now.

“Yes, it’s me Mary. I’ve come to pay Martin the respect he was due. I didn’t want to speak to him until I had taken care of those responsible for his death.”

Mary looked around her, there were six new people on the other side of the gravesite. Four men, two other beautiful women. The two men she had seem before were still scanning the area, definitely protection. The other men and the two women were looking at her.
“Can you stand?” Bethany Anne asked her.

She nodded. She felt a little woozy, but with Bethany Anne’s help she got her feet back under her again. Bethany Anne kept her arm around her shoulders, enabling her to lean against Bethany Anne’s body.

Mary’s mind caught up to what Bethany Anne had said, “You took care of who? Who was responsible for Martin’s death?”

Bethany Anne’s smile turned to sadness. “It was a group that was looking for me. I had helped another government agency in the Everglades. The operation had gone bad but I was able to help. That lead to another operation in Miami that caused the other group to start investigating me. They tracked me to Martin and he was killed in the process.”

“I, I thought you were dead? I know Martin said you were living, that no one else would have sent him that shoe. But, the doctors had you dead and you’ve been gone.. well, almost two years?”

“Pretty much. I was moved into an unknown … group. This group had the medical abilities in Europe to heal me. However, it changed me, too.” Bethany Anne released the woman, watching her in case she needed support again. She started pacing in front of the gravesite. “It took six months to make me better. Since those first six months, I’ve gotten involved in different operations. However, my main task for the last 9 months has been tracking down Martin’s killers and their boss and so on up the chain.” She stopped to look Mary in the eyes, “Mary, my team and I have killed every person related, or even tangentially related to what happened to Martin. We have hunted down and killed the person who killed Martin here in D.C. We tracked his boss in Costa Rica and then her boss in Argentina. I’m tracking another person back in Europe and I know who is going to take care of him, too. Myself and my team will not stop until every person in that group is under my heel, ground into the dust of the earth and washed into the oceans, never to be heard from again. That is my promise.”
Mary heard the biggest guy there, say under his breath, “Ad Aeternitatem.”

Bethany Anne looked over the grave to the man and nodded her head once, sharply.

Bethany Anne looked back at her, “I’m sorry Martin got entangled in this mess. I had no idea anyone was going to track me back to my old life.”

Mary looked down at her feet. “So, Martin was killed in the line of duty, then?” A tear just started to form in Mary’s right eye.

“Yes. He was killed because I was involved in operations sanctioned by the U.S. Government.”

Mary continued to let the tears drop off of her face. “Why didn’t the government admit as much? They claimed it was a random act.”

Bethany Anne held out a fresh tissue to where Mary could see it. The woman accepted the offered tissue and wiped at her eyes.

“You know that Martin’s group was almost black, right?” Mary nodded, “Well, next is black and then beyond black is my group.” Bethany Anne stepped over to Mary and tilted her head up to look in her eyes. “Mary, Martin might not have died if he had offered to give the person information about me. He died to protect me. He was so sure I was alive that he gave his life to protect me without any evidence but a shoe to depend on.”

Mary used the tissue to clean her eyes. That was her husband. That was the man she loved and that was the man he was when he died. He was a protector. He protected those he loved even when she had thought he was grasping at ghosts.

The ghost, it seemed, was real. She smiled at Bethany Anne, “Then he didn’t die in vain, did he?”

Bethany Anne stepped beside Mary and wrapped an arm around her waist. The huge man came around and stood in front of Mary. “Ma’am. My name is John Grimes. I would have died in that Everglade operation if Bethany Anne hadn’t come onto the scene. In fact, “he turned a little around and waved to the people on the other side of the grave, “every man here would have died on that operation.” He came back and faced Mary, “I owe my life, my future and my hope to Bethany Anne. By extension, I owe my life, my future and my hope to one of the men that made Bethany Anne the person she is today and that is your husband. So, from the bottom of my heart, thank you for his devotion to duty, devotion to life and devotion to those he loved. I am honored to admit I was there helping take down the killer. On behalf of me and my men, we will finish the job. Every person who belongs to this group of slime, will be ground into dust.”

As John was finishing his statement, Ecaterina got behind him. John shook Mary’s hand and Ecaterina then took his place.

“This woman,“ she nodded at Bethany Anne, “Is responsible for too much good in my life for me to share right now. However, I was also there when Martin’s killer was taken down. I was not there for his boss, but I am one of the two who pulled the trigger to kill her boss. This is the least amount I can offer in appreciation for all your husband did to make her the woman who she is today. Ad Aeternitatem.”

By now, Mary was openly weeping, tears that failed her while she tried to understand Martin’s murder, finally fell. Martin’s life was not useless. Rather he had invested a part of his life in the woman standing with her, holding her, right now.

Next came Darrell, Scott and Eric. Finally, the woman Gabrielle came and spoke with her.

Every person standing had tears coming down their faces as Gabrielle finished her story. Mary went and hugged Gabrielle, then Ecaterina, Scott, Darrell, Eric and John. Finally, she turned to Bethany Anne. “I know we haven’t spoken much, but as often as Martin spoke of you, I feel like you are a lost daughter. One that has come home and given me the insight to understand ‘the why’ and the gift of knowing those that were the cause have seen justice done.” She moved over and hugged the younger, taller, woman. “I would wish I could see you more often, just to chat.” She pulled back and looked up at Bethany Anne, who was trying to smile through her tears, “You visit me any time. I might not be close to where you live, but you are always welcome at my house, do you understand?”

Bethany Anne hugged her back, “We might be closer than you think. Ok?”

Mary mumbled agreement, not really sure what the lady meant. Bethany Anne handed her the rose that Mary had brought to the grave site. She and Bethany Anne each laid a rose down. Then, to her surprise, each of the team members produced a rose. That day, Martin’s grave had eight roses on it.

They said their goodbyes and Mary walked back to her car, the weight of her emotions lifted off of her shoulders for the first time since Martin had been killed. When she got back to her car, she pulled off her coat and opened her back door to toss it in. She noticed a legal sized envelope addressed to her in the back seat. She grabbed the envelope, tossed in her coat and got in the driver’s seat. She turned on the car and set the heat on.

It took her a few minutes to figure out the contents.

Her surprise complete, she had been deeded a house in Key Biscayne, Florida.

A personal note was inside. “Please accepts this gift, it is the least I can do. Trust that I need to know that Martin’s promises, the dreams he shared with me, that you two spoke about were never in vain. This home is paid for, furnished, and all taxes and fee’s paid until you die or sell the home. I would feel honored if you accept this and come live near me. All my love, Bethany Anne.”

Tears fell one more time from Mary Brennan’s face, the ink on the personal note smearing, just a little.

It’s the weekend, and begging freaking works!
And so we start UNDER MY HEEL…