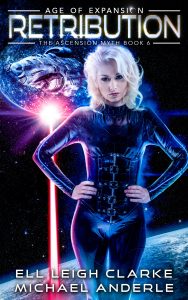 Aboard the ArchAngel, Reynolds’ Office

The General was looking weary from being woken up in the middle of the night and looked bleary eyed over at Giles. “So, tell me again why you haven’t got the talisman?”

Giles scratched the back of his head, his tweed jacket opening up in a strange shape on one side, exposing his vintage-style shirt. His expression was one of sheepishness. “Er. Would you believe me if I said it involved a girl?”

Lance had wandered over to the drinks tray in his office and poured himself one. He ambled back to the sofa and sat down, his legs spread apart, resting his arms on his legs while studying the contents of his glass. “Yeah,” he sighed. “I would.”

Giles shifted awkwardly where he stood before deciding to join him on the adjacent sofa. “It’s okay, Uncle Lance. I know roughly where to find it again. It’s just going to take me some time to go get it.”

Lance looked up at him from beneath a somewhat furrowed brow. “How long?” he asked. He dropped his eyes back to the liquor, bracing himself for a ridiculous response.

Giles shrugged, and breathed deeper. “I dunno. It depends. I need to find the guy who hid it for me first…”

His voice trailed off as he realized how, to a practical man like Lance, this wasn’t a well (enough) defined parameter.

Instead, he just took a swig of the whiskey, draining the glass in one go. “Okay. Well, whatever it takes. I don’t like the idea of there being things out there that we don’t understand. Things that can potentially be used against us.”

He stood up and returned the glass to the tray on the other side of the room, and then turned back to Giles. “That said,” he continued, “I don’t believe there is anyone more capable of solving this puzzle than you. Let’s talk some more in the morning, but suffice to say, it looks like you have your next assignment.”

Lance nodded affably. “Go get some rest, dear boy. We’ll continue this at a decent hour.”

Giles bobbed his head and turned to leave.

“Ah, just one more thing,” Lance called after him.

“The woman, the one that was the cause of us not having this vital piece of intel…” Lance watched Giles’s reaction carefully as he spoke.

“Anyone I know?” The General asked.

Giles’s lips curled in a half smile, with a hint of admiration for the woman, and a touch of contempt for a certain thought about her that came to mind. “Some things are best left in the past Uncle,” he replied.

He turned again to leave, heading out of the door.

The General watched him go, shaking his head quietly to himself. “ADAM,” he called hitting his holo button. “Have my morning meetings postponed for a few hours. I’m going to sleep in to recover from this emergency meeting.”

ADAM’s voice came over the intercom. “Of course, sir. Did you not deem the conversation urgent and important?”

Lance nodded to himself. “No no, it was both urgent and important. I’m glad you woke me. And we’ll discuss our next moves in the morning when I’ve had time to process. And sleep.”

The General wiped his tired face as he wandered across his office reception area. “You too, ADAM,” he responded.

Lance headed out of the office door, and padded down the corridor in his blue and white striped pajamas, covered over with his dark red bathrobe. He knew to his crew, he would look like a crazy man wandering around in his nightclothes, but most of them knew him. They knew that he was far from crazy. And that he didn’t care what they thought.

Just then, an ensign rounded the corner. “Good night, sir,” he chirped amicably, only just refraining from a salute — on account of the General not being in uniform.

“Good night, Thom,” the General muttered as he continued down the corridor, back to his quarters where he had left Patricia sleeping.

Paige gazed idly into thin air as she mused about the future. “I dunno,” she said wistfully. “When we have enough sales, I think we could have a few employees, maybe based on Ogg, who might want to take over the marketing.”

Paige shook her head, quickly returning to the conversation. “No. Not at all. I just want to make sure that I’m focused on my job, as well. I don’t want to leave the adventures we have here. Not for fame or fortune.”

Maya grinned. “Well, it’s good that the kinds of things you need in the business are things that you don’t need to do yourself.”

Paige grinned. “Yeah, especially now we have the perfect formula nailed – pun intended,” she said chuckling. “Molly’s done all the hard work,” she added glancing over at Molly, who was immersed in her holo.

Paige and Maya had stopped talking and were looking at her. Molly became aware of the change in the room, and looked up at them. “Sorry… did you…?”

Her eyes were on them, but she was still absent.

Paige laughed. “It’s okay. We were only mentioning the work you did for the nail formula.”

“Oh, right…” she acknowledged. Seeming to get another thought, she turned to Maya. “Anything useful on those Chaakwa files, then?” she asked.

The girls had been holed up in Molly’s favorite conference room all morning, working through their various things, and catching up with the routine since their mission defeating the Zhyn.

Most of the crew was pretty tired. It had been exciting, but also intense for all involved. Even two days later, Molly was happy to take it easy and just catch up on rest. Joel would have them running circuits and sparring the crap out of each other soon enough.

Maya closed her holo to give Molly her full attention. “Yeah. She has a bunch of leads that we can run down.”

Molly frowned a little. “Leads that she couldn’t pursue herself?”

Maya bobbed her head from side to side. “I’m not sure. Some. I don’t think she had the access she needed. Not the kind that Oz and Pieter can secure for us…”

“And?” Molly pressed, sensing some hesitation in Maya’s voice.

Maya narrowed her eyes, thinking. “Well, I have a funny feeling that she was holding back. Almost like she didn’t want people to know she was still looking into it.”

Molly stared off into empty space for a moment, before scratching the side of her face and scrunching up her nose. “Well, I guess I can understand that. I mean, if The Syndicate were anything to go by, who knows what lengths these particular goons were going to in order to keep themselves protected? It wouldn’t surprise me if they were tapping her holos, and… worse.” Molly’s voice drifted off again, before she gave a small shudder at the thought.

“Anyway, keep at it,” she instructed a little more brightly. “I’d like us to get these fuckheads dealt with so that Chaakwa can get on with her life in peace.”

Maya nodded. “Sure. On it, boss,” she affirmed looking back down at her holo.

Isn’t it time you started moving?

Your meeting with the General.

Molly closed her holoscreens hurriedly. “Shit, I’d forgotten I have a debriefing with the General. I’ve got to go…” she explained quickly to the girls.

Paige and Maya looked up, semi-stunned by the flurry of activity from Molly’s direction. In a matter of seconds, she was packed up and out of the door. “I’ll catch you later,” she called back to them.

The door bounced closed behind her, and didn’t quite catch— opening slowly, and then settling ajar. Paige and Maya looked at each other.

“See what I mean?” Maya urged.

Maya shook her head. “No,” she insisted. “Didn’t you see how she shuddered when she was thinking of what Chaakwa might be going through?”

“So,” pressed Maya, “I think she’s empathizing. You know, putting herself in other peoples’ shoes. At least, in terms of her imagination.”

Paige looked at Maya suspiciously. “That’s not what you’re getting at though, is it?”

Maya smiled gently. “Okay, you got me. No, honestly, if it were just that, it would be a feat of a personality shift, no doubt… I think it’s something more.”

Paige’s eyes lit up as she started to understand. “You mean like they were saying about her being able to tune in to other peoples’ energies.”

Maya pursed her lips together and nodded. “I think so.” She kept nodding. “I think she’s feeling how people feel, and then having her own reaction to it; like a…”

Paige smirked. “A human being?”

Paige clapped her hands together in childish excitement, and her motions dissipated the holographic screens that had been arranged in front of her. “So, you think that she and Joel will finally get together, then?”

Maya grinned, and started back in on her work. “Let’s not get too carried away. I mean, it is still Molly in there, after all.”

Paige took the hint that the conversation was over, and set about retrieving her closed screens, still smiling excitedly to herself.

FROM MICHAEL >>>   This might be in the new Author notes…or old ones, I’m getting confused!

Ell is on Zoom, a version of Skype (Video Call).  I’m showing her three fingers (as in, I counted something three times.)  If you read Ell’s comment’s in a British Accent, it is ALL the more humorous… 😉

E: What is that?
M: Three fingers, you said fucking 3 times in one paragraph.
E: I don’t have a problem with that.
M: But, you don’t want to be seen as cursing.
E: I just want to be fairly represented.
M: If anything, I underrepresent your cussing!
See, just for the record, I’m being nice to her and her potty mouth problem!
TagsEll Leigh Clarke Michael Anderle Retribution The Ascension Myth