Aboard the ArchAngel, Commons Lounge 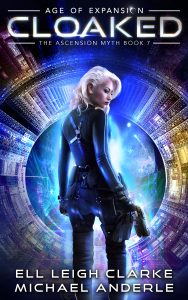 Giles ambled up to the young man sitting in a booth with his back to the bar. The lounge was mostly quiet and empty on account of the early morning hour.

“Uncle Lance?” Giles approached him, looking a little the worse for wear.

Lance looked up from his coffee as if awakening from a daydream. “Giles. Morning. Er, do sit down,” he said, gesturing to the seat across from him.

Giles slid in and nodded to the server at the bar who was offering him coffee. He turned his attention immediately back to Lance. “You ok?” he asked, noticing the chewed cigar abandoned on the table.

Lance pushed his coffee mug forward a little and wiped his hand over his face. “It’s the Federation stuff. It’s all getting a little…silly, if you ask me.”

Giles tilted his head questioningly. The server came over with a fresh cup and the coffee. He poured one for Giles and topped up the general’s before quietly disappearing out of earshot.

Giles grabbed some whitener at the end of the table and started stirring it into the tar-black nectar. “What’s going on?” he asked, concerned.

Lance shrugged. “Oh, the usual. The Leath, for one. Pressure for us to disarm generally. Meanwhile, others are building their forces month by month, like they think we don’t know what they’re doing.”

He shook his head in disbelief. “Anyway,” Lance continued, “nothing for you to worry about. I just wanted to speak with you before you disappeared on one of your wild goose chases.”

Giles’ eyes brightened in interest. He took a slurp of his coffee and set the mug down. “Oh?”

Lance had a little twinkle in his eye. “Yes. And don’t pretend. I know you’re heading off to Orn with or without my blessing.”

Giles started to protest, but Lance held his hand up. “Ah, now, now. Come on. I’ve know you since you were in diapers. I’ve witnessed or had reports on every stunt you’ve ever pulled, remember?”

Giles stifled his indignation and resigned himself to hearing the general out.

Lance smiled gently. “I was going to give you my blessing for Orn. But,” he continued quickly before Giles could get too excited, “I need weekly reports from you on this.”

The general paused, and Giles took the opportunity to clarify. “Meaning it’s an official trip?”

Lance nodded. “It is. And if you’re right about this talisman stuff, it affects the Federation directly. But it’s a complex situation. The Zhyn are friends now, but they still haven’t joined the Federation proper. Bottom line, you need to tread very carefully out there—which means no inciting hostility.”

“Plus,” Lance continued, “after what you put us all through with getting yourself taken hostage, I’d be more comfortable being kept up to date on your whereabouts. Remember, the whole Federation may report to me, but when you’re on one of these hare-brained missions, I end up reporting to your mother.”

Giles sniggered, carefully placing his coffee mug down again for fear of spilling or snorting it. He took a moment to compose himself. “Ok, Uncle Lance. I hear you. Loud and clear.”

Lance smiled. “Good. Cuz heaven forbid anything happen to you. We’d all have our heads on the chopping block.”

Giles bobbed his head and took another sip of coffee. “So… Moons of Orn and then Estaria?”

The general suddenly looked a little confused. He frowned. “Estaria?”

FROM MICHAEL >>>  WOOHOO! We are just a few days away from releasing the NEXT Ell Leigh Clarke book.

We won’t have as many humorous Author Note comments in this one, as we have been placing them in video form 🙂

CHECK OUT Ell speaking English 1.0 (the King’s English) Here on  http://lawnfairies.com  (a shout out to the Pitchfork and Matches group who helped name the website!)

We hope you enjoy the banter! 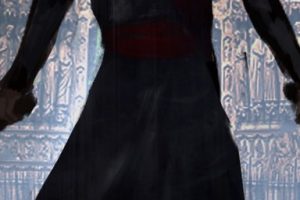