Felix Castile listened to the loud breathing of the Kezzin behind him. Commander Lytes must have had a deviated septum. It was the only plausible reason for his constant sniffling, always interrupting the silence.

Or maybe it was just a physical trait of the Kezzin. Felix hadn’t taken much time to learn about the species. He knew these lizard-type aliens could stop breathing for an extended period of time, but that was about it.

Felix prided himself on his ability to accumulate and use information, but only when it was useful. If it didn’t earn him additional power or prestige, then he didn’t seek the data out. Currently, his relationship with Commander Lyte existed solely to further his own plan—the complete and absolute destruction of General Lance Reynolds. The moment the Kezzin stopped being useful would be the moment Felix cut him loose.

All that Felix Castile did was for the goal. Every action, every day.

And that was exactly why he was here in this awful place, staring at a group of black market merchants.

The leader of the Defiance Trading Company, a rogue operation that stockpiled weapons and sold them on the black market, looked up from the pad in his hand. “We have loaded everything into your ship that you requested. I have yet to see the transfer of funds come over, though,” said the man, his voice raspy, probably from years of smoking or hanging out in filthy warehouses like this one. The man, Mateo, had a thick scar that ran over his left eye and down his cheek. Living outside of Federation space hadn’t been kind to him. That much was clear.

Felix surveyed Mateo’s crew. There were roughly a dozen men stationed around the warehouse, most of them with their guns at the ready and grimaces on their greasy faces. Felix had Brotherhood soldiers on each side of him, outnumbered by Mateo’s guards. No doubt, the arms dealer felt safe with all his people to protect him.

He was short-sighted. Only fools underestimated Felix. The arms merchant would soon understand that.

Felix cleared his throat. “You sold me three nukes. How many more do you have here?”

Mateo’s scar moved when he lifted his eyebrow. “Not sure why my inventory is any business of yours. I’ve supplied you with what you’ve asked for.”

“That you have,” Felix said, pulling his hat down over his eyes and taking a step back.

Mateo eyed the pad again. “Like I mentioned, the transfer hasn’t come through. We can’t let you to leave until that happens. It’s simple business. I’m sure you understand.”

Felix smiled darkly. “About that…”

He took a few steps back, his soldiers stepping in to shield him.

Shots fired from above. Men yelled. Some tried to return fire, but they were quickly silenced.

Felix turned in time to watch Mateo clutch his chest as the bullet pierced the arms dealer’s flesh. Disbelief and betrayal rang out in the man’s eyes before he fell to his knees, finally collapsing forward.

Each of the men stationed around the warehouse lay in similar positions, blood puddling around them. None had stood a chance.

Stationed overhead were a dozen Brotherhood soldiers, each one assigned to take out their specified targets on the ground. The timing had been perfect.

Felix glanced up to the rafters, a proud look in his eyes. “Have your men load the remaining weapons into my ship.”

“Yes sir,” said Commander Lytes, his eyes lingering on one of the dead bodies for a moment. He hadn’t liked the plan and said there had to be another way. Lytes was wrong and must have seen that now. Perhaps next time he would trust in Felix’s plans from the beginning.

The door to the exit swung out in front of them. A man with a short black Mohawk and a leather jacket that had seen better days froze at the threshold. His eyes scanned the warehouse, falling first on Mateo’s dead body and then the others that were strewn all over the facility. His gaze snapped to Felix, standing roughly ten meters away. They’d missed one of Mateo’s men.

“Get him!” barked Felix.

The soldiers darted forward, right as the strange man reversed, heading back the way he came. Gun shots rang out from the hallway, echoing loudly in the warehouse.

Felix looked at Commander Lytes. “Have your men search the building. I don’t want anyone left alive. Do you understand? No witnesses.”

Commander Lytes nodded, hurrying off to where his men were gathering in the middle of the facility, having climbed down the rafters where they were stationed.

Felix’s eyes briefly rested on Mateo’s dead body. Perhaps he would be happy, knowing that his weapons would be used to end a long-standing battle. A fight that would shake the very foundation of the galaxy…of the Federation, itself. What better use could a man like Mateo have than to be useful? What better purpose could there be than to alter the status quo? Had Mateo never come to this warehouse today, he might never have realized his true destiny. He would have gone on living his life, worthless as it was, and died without ever truly mattering.

But Felix would make him matter. Felix would give Mateo’s life purpose. That would be his gift to him.

Soon, everything would be in place to make General Reynolds pay. Felix had figured out the best way to punish him for what he’d done all those years ago.

Break the Federation…and General Reynolds would be broken, too.

Evolution will be released December 21st. 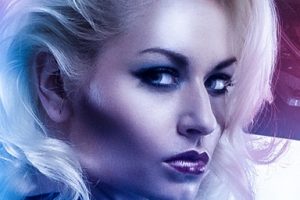