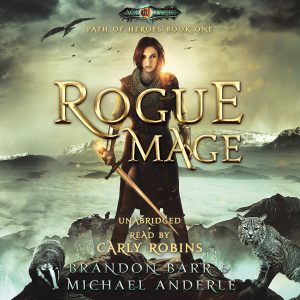 Out of the ruin of civilization rises good men and dark-hearted bastards. Eighteen-year-old Payetta is particularly fond of killing the bastards.

Payetta hungers for payback against Titannus, the mage who wiped her village off the map. She bides her time by protecting the innocent farmers of the Meadowlands from the mage’s raiders and awaits the day she can fight Titannus face to face using her own deadly magic.

Sweeping into the fray is a loner with a personal mission to restore civilization. He carries with him a swift sword and his legendary ancestor’s tenacious desire for justice.

An epic showdown awaits in the Meadowlands and when it happens? Heads will fly.

Set on the foundation laid by the Kurtherian Gambit Series, Rogue Mage tells an entirely new story in the Age of Magic – and of the heroes and villains who battle for control of its destiny.