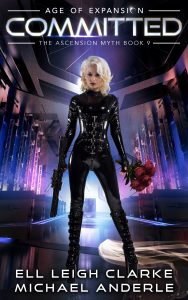 Aboard The Scamp Princess, Kirox Quadrant

Sean opened one eye and then the other, his dream of naked ladies catering to his every whim while he fired guns on the test range evaporating away to reveal his harsh reality.

He eased himself into an upright position in his console chair and turned up the heat in the cold cockpit. “Thank you, Scamp,” he mumbled as gracefully as he could manage. He started poking at the holoscreen keys, checking and double-checking before setting a scan.

“Why are we checking for short range transmissions?”

“Because we’re trying to pick up a short-wave, short-range transmission at these precise coordinates.”

Silence fell over the cockpit for a few moments, before:

Sean finished what he was doing and then sat back in his self-adjusting console chair. “Because this is what Karina and I agreed. We’d leave a short-range beacon right here at this location, with the location of our actual meeting point.”

“Because even if someone somehow knew about these coordinates, they would never know to look for a tiny beacon that wouldn’t show up more than a kilometer from here.”

“Looks like we’ve found your beacon, then,” Scamp commented.

“Looks like.” Sean watched, waiting for the signal to settle and then ran it through a descrambling program he’d uploaded from his holo before his power nap.

“Okay, Scamp, those are our next coordinates. Shoot out the beacon with the auxiliary lasers, and then let’s get going.”

“Are you sure you want to do that?”

“Well, if anyone needs to track you—”

“This is the point. I don’t want anyone tracking me. It’s not safe. Blow it up, and then let’s get going. She’s in trouble.”

Obediently and without any further comment, Scamp locked on to the signal. “Armed and ready on your command, sir.”

Pew. A laser shot out from the undercarriage of The Scamp Princess.

Sean shoved his bottom lip out and shifted sheepishly in his chair. “Well, that was an anticlimax.”

“Ha, you’re hilarious, Scamp,” he retorted dryly to his EI.

Scamp sniggered at his own joke. “I guess it was just a tiny beacon, after all.”

One moment, the ship was there, hanging in the blackness. A second later, it had popped out of existence, leaving barely a ripple of a particle trail as it gated to its next destination.

Vito Calzone stood at the window of his office, watching the ships coming and going from the dock just across the way. The colored lights blipped and ambled before coming to a halt in the dock or disappearing in a flash as they tripped into FTL and tripped out of the system in the blink of an eye.

The door of his office swished open quietly. Calzone didn’t turn around. He didn’t need to. “You know,” he mused philosophically, “they’re like fireflies.”

“These spaceships,” Vito drawled in an old accent from the region going several generations back. “They never existed like this when I was a kid. And now, they’re in and out of here like fireflies. One blip and they’re gone again.”

Calzone kept watching them, still not turning around to look at his visitor.

“Sir, it’s… well. We’ve noticed money coming into one of your guys’ accounts.”

Calzone turned around and took a few steps to his desk chair. “And who do we think it was from?”

There was a slight pause before Roberto answered. “The sender is Ms. Karina Duffy.”

Calzone waved his hands. “That supposed to mean something to me?”

“Well, erm, if you remember, it was one of her favorite assassins.”

“So what? You’re saying someone is sending us a message?”

“She’s not alive,” Vito snapped. “And even if she were, she’s dead to me. Whose account is it?”

“Ronnie Matherson. He works on Bill’s side of the family.”

Calzone nodded wisely, as if he remembered. He took his time and sat down at his desk. “So,” he said slowly, “looks like someone is paying Ronnie money.”

Roberto nodded, then swallowed hard. “Unless that’s what they want us to think, of course,” he added. There was an awkward pause. “Sir, what would you like me to do?”

Calzone lowered his eyes in contemplation. “I’ll handle it,” he said quietly. “Keep an eye out for anything else, though.”

The lanky computer ops nerd headed back across the carpeted office and hit the close button for the door on the panel behind him as he left.

“You wanted to see me, sir?” Churchill was broad and stocky. He ran a team on the west side and reported in directly to the Don. Thirty years of service, and he never once took a day off. Nor did he have any trouble from within the ranks of the family.

Calzone regarded the loyal soldier carefully as he approached his desk. “We have reason to suspect Ronnie is going outside of the family.”

“You want me to take care of him?”

“No. I want you to follow him and find out what he’s up to and who he’s up to it with.”

“No problem, boss. I can have someone on it immediately.”

“No,” the Don said firmly. “Do it yourself. And this stays between us.”

“That’s all,” Vito said, dismissing him.

Churchill backed up a few steps before turning and hurrying out again.

The Don leaned back in his leather covered anti-grav chair, steepling his fingers in front of him.

Molly couldn’t stop her eyes from streaming. Her hands over her mouth, she tried to stifle the sobs. She leaned back against the wall of the restroom stall and put her hands to her head. It was throbbing.

You can’t know that. What does the evidence say?

Molly sobbed again, thankful that she could have this conversation in her head and not have to speak the words. That would make it too real.

We don’t have enough data to conclude that he’s dead. And until we have the data pulled from Scamp, we won’t have a clue about what happened. Be patient. Don’t write him off so soon. Scamp only returned twenty minutes ago.

Molly didn’t respond. Her mind just couldn’t engage in conversation. She could barely see through her eyes, she had cried so hard.

I have to go. They’re waiting.

You’ve got a few more minutes. They’ll understand. They’re processing for themselves, too. They’ve never seen a ship return without a crew, either.

No. But they’re worried and trying to wrap their heads around what might have happened.

They’re all in the conference room?

Molly wiped her face with her hands and grabbed some tissue to dry them. She fumbled with the lock on the door and headed out to the basins. She hardly dared look at herself in the mirror. There was no way she would be able to fix the swollen eyes before walking in to face her team and give them their orders.

She opened the faucet and watched the water for a moment. Then she looked up.

It’s not that bad.

Not that bad? What do you know? You’re an AI.

I’ve been monitoring your body the whole time we’ve been connected. With cold water, you can reduce the swelling to acceptable levels. I’d suggest dabbing with a wet towel, though.

If she hadn’t been so distraught, she might have smiled at the notion of her AI giving her tactical beauty advice. She splashed water on her face and looked at herself again, pulling a blonde strand back from her face and hooking it behind her ear.

That’s going to have to do.

Well then, your subjects await.

Molly grabbed a paper towel and dried her face and hands before dropping the towel in the trash and heading out.

Turning left out of the corridor, she strode confidently up to the conference room and walked straight in. She did a quick assessment of who was present.

Crash answered. “He’s already working on Scamp. He’s pulling every scrap of data to find out where he was and what happened.”

“Okay.” She closed the door and strode around to the head of the table. She didn’t sit though. “Here’s the plan. As soon as we have the coordinates, we’re going after Sean.”

She turned to Crash, who was sitting bolt upright awaiting instructions. “Crash, help Brock. Do whatever he needs to get us that data and get us airborne in The Empress.”

Molly turned to look at Joel and Jack on the left-hand side of the table. “You two are on supplies. Which includes weapons. Lots of them.”

Joel almost smiled. If the situation hadn’t been so tense, Molly suspected briefly that he would have punched the air

Boys and guns, she thought, mentally rolling her eyes.

“Pieter and Oz,” she continued swiftly. “Start working on the data as Brock pulls it. Paige, you’re running point for this investigation. Let the general know Scamp is back, and see if there is anything else the Federation can tell us based on the data Pieter gathers.”

Paige raised her hand and spoke fast. “What about telling Giles and Arlene?”

Molly paused only long enough to draw breath. “Oz will take care of that. Maya you’re on food supplies. But then I need you and Paige to work from here when we leave. Any questions?”

Pieter raised his hand awkwardly. “What about Bourne?”

Molly thought for a moment. “Is he likely to do anything else until we get back?”

Oz’s voice connected over the intercom for the conference room. “Unlikely, if past behavior is an indicator of future.”

“Fine,” Molly concluded. “Let’s leave him be. Anything else?” Molly’s gaze flicked around the room.

Everyone was silent. They knew what they had to do.

No one spoke as they pushed back on the anti-grav chairs and filed hurriedly out of the conference room. Molly stayed out of their way for a minute while they vacated.

What do you want to tell Giles and Arlene?

That Scamp came back, and we’re going after his last known location. But Giles isn’t coming. He needs to stay here and look after things at the University.

And when he argues?

Tell him I’m putting my foot down.

Molly followed her team out of the doors and into the base corridors. She also had work to do before they left, and two hours was almost no time to get her head in gear.