Bethany Anne reviewed to beautiful blue globe beneath her.  It was one of the few calming influences to help her ground her emotions.

And TOM, of course.

Bethany Anne, I’m not blocking any emotions.  You are handling the residual pain from Michael’s…absence…on your own.

Thank you, TOM.  I recognize the aching void, but I can deal with it.

Bethany Anne put her foot up on the little step, made for her, and cupped her chin in her hand and placed her elbow on her leg.

I miss him, TOM, she admitted.  Not being able to kill those son-of-a-bitches who desperately needed it was a lot tougher than I thought.

TOM, what is the first rule of Johann?

That we don’t speak about Johann?  TOM replied immediately.

That’s right.  We don’t speak about Johann’s specific form of death.  To anyone, TOM. That was one individual that wasn’t going to be allowed a painless death.

Is that what Joshua had?

Well, Barnabas took care of that ass. My emotional hands are clean of that one.  I didn’t realize Barnabas could place a human into his own nightmare before I tossed him into the Etheric.  If I had, I would have had him do it to a lot of people.

No, I would have kept him for myself.  I just needed to get cleaned up before anyone saw the blood on me.

You ruined another set of clothes.

Bethany Anne and TOM settled into a comfortable silence together before she spoke again.

You know, I understand why Michael put in the strictures.  At least with those, you knew the penalties in advance.  It also explained why no one wanted to be around him, either.

TOM provided a type of grunt in reply.

>>Bethany Anne, I have an incoming message from Dan Bosse.<<

Switch it to speaker, please.

“Bethany Anne?” Dan’s voice came over the Pod’s speaker, “Are you sitting down?”

“I’m in space, Dan, damned difficult to stand up in a Pod.  It’s not like we have a standing version.”

“Yeah, well, you can in the ones we put in the Space Station.  But that isn’t why I called.”

“Have you been told?”

“No, but you started with whether I was sitting or not. So, who is it, what are they trying to do, and what do you want to do about it?” she asked him.

“We don’t know who yet, but we have fourteen companies in five different countries that have been attacked, physically broken into by armed forces.  We have four casualties including three security guards and one woman in India.”

“No, I doubt it.  It’s possible, but I think we have someone bigger.”

“How the hell do you get bigger than those fucks?” She asked, her voice grating into anger.

There was a pause, “Bethany Anne, I think we are being attacked by a nation, this time.”

Bethany Anne switched into Vampiric speed, thinking through the many permutations.

ADAM, find out which companies, run through their video tapes, try to track down their weapons and their operations for anything including numbers on their teams, tactical weapons and gear and what time they went in.  Get back to me when you have that information. Also, is there any correlation between the companies?

Dan continued on, not realizing Bethany Anne was already issuing orders to ADAM, “Frank walked in a few minutes ago, he wants to add some stuff.  Here he is.”

Bethany Anne could hear Frank clear his voice, “Hey boss, sorry to hear about the attacks.  We have a few more items.  I’m getting wind of some of the outsourcing companies we are using for materials and manufacturing are getting harassed.  I’ve got some in South America and Africa and one in Las Vegas, Nevada.”

“What are they doing?” She asked him.

“I don’t have full details, but at the moment it seems like local crime is doing a protection racket scheme.  However, this time, they want both money and the prints for anything they are manufacturing.”

Bethany Anne heard Dan’s voice, “Another vote for nation-state, BA.”  Then she heard a female say that the companies lawyer was on the line for Dan, who said he would take the call.

Frank continued, “Well, it would make sense.  So, probably a request that is using local assets in the country.  They probably pay them to focus their protection on our resources, and give them a spiff or bonus for acquiring technical prints.”

“We need to know who this might be, Frank.  Get with Dan and ADAM, I want to know as quickly as we can.  Give me the names of those we lost and get with Ecaterina and Cheryl Lynn to provide support to them.”

“Ok, just got off the phone with Jakob Yadav.  He has a couple of close friends in the U.N., it seems that some countries are getting pressure from their business groups to refuse to work with us unless we share the technology ‘with the world, for the world.’”

“Any idea who is putting them up to this?” She asked before continuing, “and I don’t believe for a second it’s for the world.  Someone is doing a full court press.  Could it be the U.S.?”

“I doubt it, the countries that are putting up the requests are either unaligned or have seen a significant amount of investment in the last two to five years from China.”

“Dan, I’m not going to back down.  If we are getting attacked by a country, I’ll fight back at the same level.  It won’t be my preference, but if I have to go to war, to deliver peace, It will be done.”

“Boss, I’m with you.  From a small tarmac in Florida to foreign Galaxies, you got my back, I got yours.”

A small tear escaped Bethany Anne’s eye, “I need the addresses where we lost people, Ashur and Gabrielle’s Team, Dan.”  She paused for a moment to look at the beautiful blue ball hanging before her in silence.

From Michael >>  Ok, this book (SUED FOR PEACE) is going to be a little different from my others.  Instead of large and varied arcs, we are going to be up close and personal, I think.  I say ‘I think’ because I’m about 10,000 words into it, and anything can change.

Like, for instance, me drinking Pepsi.  Did you know that Pepsi damn near owns Las Vegas? I can’t get Coke on tap in most of the restaurants and certainly not here in the Palazzo / Venetian area where I’m staying right now.  I have to acknowledge that Pepsi has played a good game and provided probably awesome incentives to carry their product IN EVERY DAMNED RESTAURANT.

So, I’m taking a walk on Ecaterina’s side at the moment and if SUED FOR PEACE is a little off, I’m blaming it on the beverages.

So, one of the ladies (fellow Kurtherian Gambit reader turned writer) in my beta readers group has her own series out.  When I did the Readers supporting Military Readers email with 16 books highlighted (See those books on this post here: 16 Awesome Authors Supporting Our Military) she was missing because she went on a mission trip to Uganda.  So, I told her to put her book on the sign-up page for the next email.

What I didn’t tell her, was that I would highlight her book in my next snippet.  This one right here.

So, shhhhh, if she reads this snippet (instead of writing) she will figure it out 😉

Eclipse of the Warrior: The Interdimensional Saga, Book 1 (The Eclipse Series) 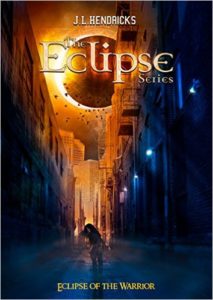 Caught between the forces that be, It’s no place for a human…

Vampires? Fae warriors? Who knew they were real. Somebody must have and they should have let the rest of us know.

While coming out of a movie, I followed agroup of super-hot guys and ended up regretting it. I was pulled into the fightand I don’t know how I did it, but I killed a vampire! Now I’m running for my life.

I’m not supposed to know about their world,being a lowly human and all, but I also shouldn’t have been able to kill a vampire; a ripper is what they call themselves.

Now I have a choice. Well not really. A choice means options and mine are bad or worse. I can die or I can become a hybrid fae. Like I said, not much of a choice, one that sucks actually.

If I choose to become a fae, I have to help them fight the rippers who are kidnapping humans to take back to their planet. Oh, did I mention that they’re all from another dimension? They change humans into hybrid rippers and use them on the front lines of the battle between their two races.

The fae describe them as suicide bombers. Yep. Those are my choices…

Eclipse of the Warrior, the first of the Interdimensional Saga by J.L Hendricks, is a YA sci-fi romance that will have you turning the pages so fast you’ll spin off into another dimension. Clean and humorous with a hint of paranormal and urban fantasy elements this is a story you don’t want to miss!