OLD DENVER BASE FOR TQB

The front living room had the couches removed.  There was a round table, with two chairs.

A table stood in the middle, a piece of paper in the middle.  Michael walked past the table and went to the bedroom.

It had their bed, made up.  He looked around but there was nothing else in the room.  It looked like an empty room one might find at an old motel, it was so devoid of anything personal.  He opened the closet, but it was empty.

“No clothes. Couldn’t you have at least left behind some clothes, baby?” he muttered.  He stepped into the bathroom.

He stepped out and made his way into the brighter main room. Heading straight for the table and the note, it was time to see what this was about.

Your clothes, if you should need them, are in the locked area near the Team BMW area.  You should be able to Myst through the opening we left you at the top.  I don’t know what you would want to wear, so I left you everything from suits to jeans and a few items in between.

John and the Group left you a surprise.

Further, there are weapons for you as well.

I leave you these things because you made me a promise, one I expect you to fulfill.

You had better return to me, or when I am done with the Kurtherians, I will figure out how to go back in time and kick your ass.

All my love and my heart,

Michael stood there for minutes, reading and re-reading the note.  She expected him to return and she was waiting.  He calmly folded the note and put it in the pocket on his chest.  The outfit he had on might be ugly, but it had a lot of pockets.

He turned and walked out of the suite and took a slight left.  He needed to go about a half mile around the front and to the other side of the airplane hangars where Team BMW’s area used to be.  Obviously, his love had taken the fight out into space.  And by the look of things, something must have happened here on Earth either before or after she left.

Something that had caused them to leave Earth, and apparently for her to lock up their area and make it look like it was dangerous to check out.  He suspected they had washed it down with radioactivity sometime in the past so geiger counters would scream.

Well, there wasn’t anything he could feel floating here at this time.  He sure hoped he wasn’t wrong and didn’t glow in the dark now.  That’s all he needed to see in the mirror.

A bald head that reminded him of a light bulb at night.

The seven men decided to camp away from the main house this evening.  Two of them nodded to each other and the first, the one with dark hair, walked out away from the fire to guard against the chance of someone trying to sneak up on them.

It wasn’t likely to happen, but this evening, it was as much to protect against those from their own group coming up to the fire and listening to the talk as it was to protect from others who might wish them ill.

The second man, David Tellison, waited ten minutes to make sure his friend was properly down the path. Once the time was up, he walked beside the fire which the other five guys were sitting around, drinking a form of coffee that they made out of some bark off a tree and clapped his hands to get their attention.

“Ok, I know the rumors have been heard by everyone.  So, I’m here to figure out what you guys are going to do when Boss Childers’ men attack Sarah Jennifer.  I’ll tell you this straight up.  She has been good to me, but she ain’t been good enough to me so that I take bullets for her.  I ain’t waiting to be stuck there, guns in front and guns in back of me.”

Jackson spit over to the side, behind the log he was sitting on , “I figure he has what, forty guns?”

David nodded, “That’s the low count, he can afford more.”

Jackson chewed on a bit of jerky, “Wouldn’t be right to leave Sarah Jennifer and run over to Childers’ group.”

“I’m not suggesting we go join Childers, even I know that would be a dick move,” David retorted.

“Dick move or not,” Buddy spoke up, from his log next to Jackson, “It’d be easy money.”

David nodded to Buddy.  The man was strictly out for himself and David figured if the best he could do was make sure six out of the seven men here didn’t join Childers, then that was something for Sarah Jennifer.

That night, five more decided to leave the employ of Sarah Jennifer and seek their fortune somewhere else.

Somewhere that didn’t have thirty or forty men gunning for them.

FROM MICHAEL >>> So, right now I’m about 25,000 words into the The Dark Messiah book (1/3 of the way.)  I would / should be further, but holidays and collaboration release etc. etc.

So, not much here so I can go there and continue writing!

We have the following location(s) for snippets for the other series (or books out) right here! 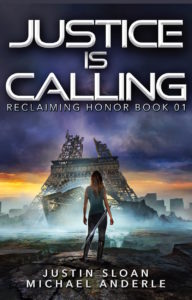 CHECK HIM OUT HERE: http://www.justinsloanauthor.com 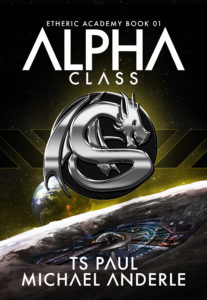 CHECK SCOTT (and the snippet) OUT HERE: https://tspaul.blogspot.com 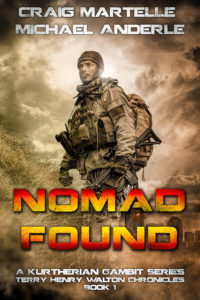 CHECK CRAIG (and the snippets) OUT HERE: http://www.craigmartelle.com/apps/blog/ 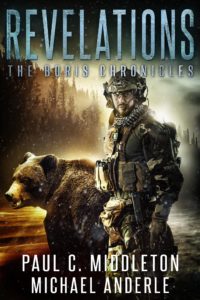 CHECK PAUL (and the snippets) OUT HERE: https://betrayedbyfaith.wordpress.com/2016/12/09/revelations-snippet-1/