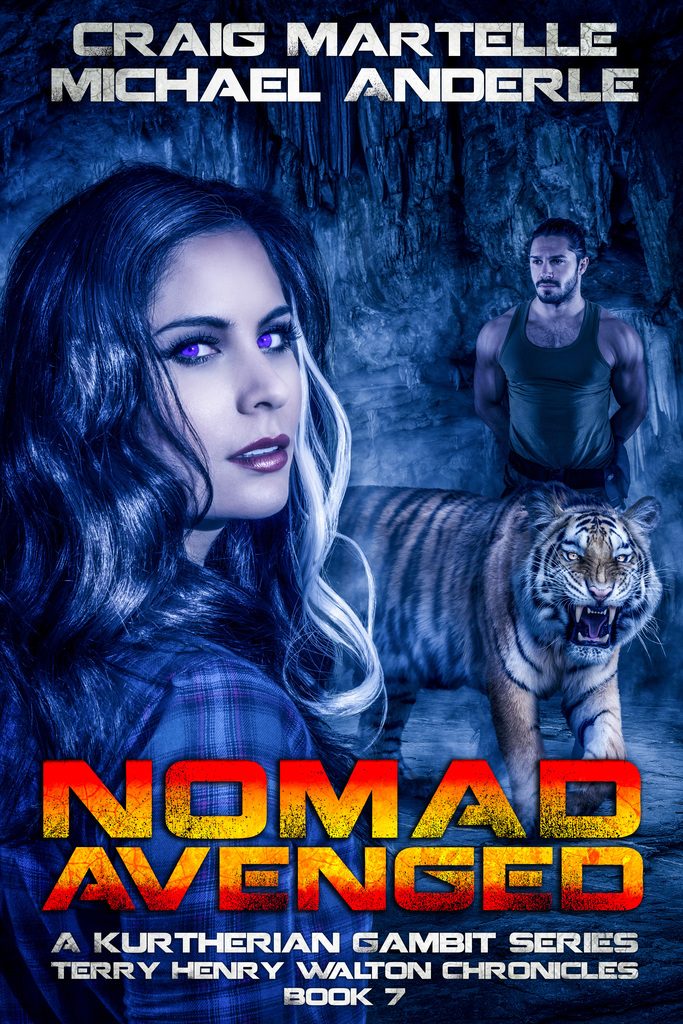 Massive reveal in this snippet, so if you want to wait until the book is ready, do not read on! We are shooting for a May 29 publication date.

Our big news is that we’re getting our driveway leveled out. It gained an inconvenient dip which made for a steep climb at the end. The fuel truck couldn’t make it up as they jammed their back bumper against the hill. The paving contractor will be here today to take care of it. Phyllis will let them know of her dismay with their big truck noises.

Billy leaned heavily on his cane. Marcie fussed over her toddler while Kaeden carried the baby. Felicity still looked young and vibrant. Like Char, she appeared to be a sister to her daughter, not her mother.

And definitely not a grandmother.

“Had I known that you received the gift of nanocytes, I wouldn’t have changed anything,” Billy said, his rough voice barely more than a croak. His hard life had caught up with him as he approached sixty-five years of age.

“I honestly never knew,” Felicity drawled. One day I was hiding in the ruins. Someone came and I ran. I fell and was badly injured. When I woke up, I was different. Healed but different. When Terry showed up, I sensed that he had something similar, but so much greater. I never wanted to be different like that. I wanted to be young and beautiful, but that was a stupid teenagers dream.”

Felicity hugged her husband, holding him to keep from pushing him down.

“This is the part that makes me question how worthwhile it was. I’m going to lose you, Billy and here I am, living on without you. Marcie doesn’t have them and neither do the kids. My greatest fear is that I’m going to outlive them all. Be careful what you ask for, because you may get it.”

A tear trailed down Felicity’s beautiful cheek. Her hair was styled and she wore make-up, like she always did. That was her persona, perpetually beautiful, the mayor’s wife, but no longer.

She was simply called the mayor, now.

Without Billy, time was losing its luster. She thought about stepping down and moving on, but that wasn’t what she wanted either. Felicity only wanted to grow old.

She laughed out loud.

“My how times change, don’t they Billy dear?” she quipped, not expecting a response. He looked at her and smiled.

“I’ll sit here and watch you play with the kids,” he told her. They’d installed a bench outside the mayor’s building a long time back. It was Billy and Felicity’s favorite place. They watched the entire community pass through Mayor’s Park at one point or another. It hosted all the best social gatherings of North Chicago.

Felicity patted Billy’s arm and ran down the steps to join Kaeden and Marcie.

Kaeden had turned into a stout young man, barely taller than Billy, but wide and strong. He worked on the fishing boat most days, but not today.

The baby fussed in Kae’s arms. “Do you need your mommy?” he asked little William, but Marcie gave him a full stink eye. He reconsidered his position, before adding. “No you don’t!”

He turned and walked away, bouncing the baby merrily.

“Just like his mother, that one,” Felicity suggested. Marcie furled her brow.

“You’re saying I was a fussy baby? That’s not how I remember it,” she retorted.

“People thought I was a mutant with a permanent attachment on my hip,” Felicity replied, smiling. “You always needed to be bounced. If that’s the worst of it? You’re going to be just fine.”

So much going on! Twenty-five years have passed since Nomad’s Justice. We are in a race to finish the 150 total years since the WWDE. You aren’t missing anything. I intend to write plenty of short stories to fill in any gaps with missing characters.

In the interim, spring has sprung. The moose are feeding ravenously on the willow leaves as you can see this cow doing just off our back porch. Otherwise, the paving contractor is coming this morning to fill a rather extensive dip in our driveway. My tractor kept getting stuck when I was trying to clean off the snow this past winter. We shan’t have a repeat of that. And the fuel truck isn’t able to make the steep slope, so we’re having everything leveled out.

And no, the tractor still is not fixed. I heated the nut mercilessly and then tried to crack it. All it did was make my wrench hot. The nut and idler wheel are still in place. I’m going to have to to pay for reinforcements. One freaking nut.

That’s my excitement for the day. I’m sure Phyllis will bark up a storm when the contracting crew is working, but then she’ll sleep well for the rest of the day:).

To find out more about Craig Martelle and his other books visit: http://www.craigmartelle.com