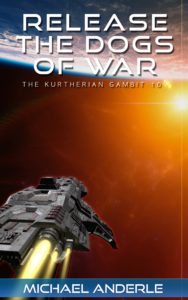 The blond man pulled off his sunglasses as he stepped through the door into the little Italian restaurant.  He nodded to the hostess and then told her ‘going to the back.’  He walked past the fifteen or so tables and half a dozen cozy booths around the main room as he made his way to the rear of the restaurant.

He came to the main hallway and stepped past the two doors which went to the restrooms and continued to the last door on the right and opened it to step through.  There were two doors on each side of the twenty-foot hallway.  He knocked on the first door to the right, and when he heard the lock click, he stepped into the room.

Inside was a nicely appointed meeting area with a couch and two chairs, a coffee table and bar and a kitchen table for six in the back where one man waited.  He stepped past the coffee table to pull out a chair, “Hey Johann, got your message, we are claiming TATP — triacetone triperoxide.”

Johann reached across the table, “Damon, damned glad to talk.  Do you want anything different?  I ordered tea, but I can get anything.”

“No,” Damon replied as he pulled off his sports coat to place it over the chair next to him. “You ordered the cheese manicotti, right?”

“Yes, of course.  That was the best dish we had last time,” Johann agreed. “Even better than the lasagna which I didn’t think possible.  I’d marry the sauce if I could.”

“If I could take it to bed, then it would be a match in heaven,”  Damon continued, “but, let’s get back to talking about Colorado.”

“Yes, isn’t TATP the shit the terrorists used in France?” Johann asked as he pulled a piece of roll and some butter, “At least that’s what I remember.”

Damon reached across to snag Johann’s bread when he went to put down his knife and wipe his hands on his napkin, “Delicious!”  He grinned as he chewed his bite.

“Ass!” Johann said before reaching for another roll, “For that, I’m taking the meal cost out of your consulting fee.”

“Done.”  Damon agreed, “Whatever your guys did to get me out of that hot water back in Georgia and pulled into this cush assignment here was fantastic.  I thought the idea that real friends help you bury the bodies was just a funny joke.”  He reached for his tea and took a sip, “God, you even remembered to tell them I like it sweet.”

“Sweet?”  Johann chuckled, “You and your sister had to have used half the sugar at the table to sweeten your teas. That was what, our first study group we had back before finals our freshman year?”

“One for all…” Damon smiled.

“And all for us!” Johann smiled as he reached across the table to bump fists with his college friend.  “I’d like to claim it was a bitch to accomplish, and you owe me your first born but for two issues.”  He said.

“What are those?” Damon asked.

“I hate kids.” Johann started as Damon started chuckling, “And the female in the other car was so high that the discussion with the judge was easy.  The lawyer showed how fucked up on cocaine she was, and it became a moot point.  Judge saw it our way and tossed it.  Then, one of the main leads pulled strings, talked with a friend a little higher in your organization and you became the appointed contact.”

“I’m the cut-out if it all goes to hell?”  Damon considered.

Johann picked up his drink to clink with Damon’s, “That’s our assignment, my man.  Until we figure out how to overthrow our masters and take their places we ride the risk,” he spoke with a shrug.

FROM Michael >> Boyd Craven (below) is one of the nicest authors I’ve met.  He’s soft spoken and doesn’t point to anything he does to help other authors, he just goes about doing it privately.  In preparation for ‘The Second Dark Ages’ series (starting with Dark Messiah) I’m going to read some of his works as I think it will help me understand some of the issues that my protagonist is going to encounter.  Here is one of his series that is hot right now.  He has something like 50-60 titles under his belt.

(Note, for research, he did go to the Chicago tunnels!) 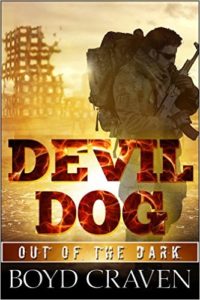 Devil Dog: A Post Apocalyptic Thriller (Out Of The Dark Book 1)

Dick, AKA Devil Dog’s world changes drastically when the EMP takes out the power grid. The loss of electricity brings out the darker side of human nature across the city. A homeless Marine veteran living in the abandoned tunnels beneath Chicago, he’s far better prepared than most people. Good folk have survived, but they are often outnumbered and outgunned. Only the tunnels provide the safety he needs.

Devil Dog becomes the reluctant savior of women and children from the worst of the gangs that now rule topside. Doing the right thing makes him new enemies, driving him ever deeper into the tunnels that keep his charges safe – until he runs across a young woman who might be his daughter.