Bethany Anne was wearing a pair of tight black pants with boots, mid-level heels and a black belt that reminded the President of a western holster as it hung at an angle.  He then noticed that it looked like it was setup to allow a pistol to clip on it.  She had on a white blouse and a well fitted red bolero coat.

She bowed slightly to the Japanese representative and spoke to the group, “Hello and welcome to the QBS ArchAngel, my name is Bethany Anne.  I will introduce myself personally to each of you after this discussion, as I might answer some of your questions in this talk.  So, we have placed name tags on the seats while you were talking.  Please note, they are in alphabetical order, so the only favorite we played was choosing English.”  She greeting a few by name as she made her way to the table.

They had split the group to the first and second rows.  The leaders were on the first row, their seconds were behind them.  Bethany Anne surprised most there by walking to the front of the table, turning around and then sliding on the table using it as a chair.

Theodore shook his head as he took his place between the leaders from France and India.  He noticed the American President was stuck on the end next to Spain.  She certainly didn’t pick favorites this time.

“So, I’m going to speak to China, Technology, and an ‘oh shit’,” She put up her hand as the muttering started, “If the oh shit was something with a more immediate response we would have held this meeting more quickly.  As it is, my team is trying to get answers and we, at the moment, don’t have many.  So, it was decided that we would share with you what we can, and offer another meeting with your chosen representative regarding this concern.”

She slid off of the table and started walking to the left and then turned to walk back the other way as she spoke. “Let’s start with China.”  She didn’t look towards them, but she did wave her hand to the group, “As you can see, they aren’t here right now.  I’m not particularly happy with them and I have a zero bullshit policy with them at the moment.  Since I believe they are constitutionally incapable of speaking the truth, it would be better for them not to be here.”

“Not better for you?” the leader for Canada spoke up.

Bethany Anne stopped and smiled to the Canadian Prime Minister, “You are aware of the maxim that it is better to fight from the higher ground?”  He nodded and she opened her arms, “You can’t get much higher than this.”

She continued her pacing, “All of you are aware that China is on a technological crime spree.  If they can buy it, they will, if they can steal it, they do, if they can screw you out of it, you hope you get a little pleasure, too.”  She continued, ignoring a couple of the surprised looks coming from the two rows of people with her blunt communication style. “They chose to implement digital attacks against our companies to acquire our technology.” She stopped pacing and looked at the group, “They failed.  They tried to buy our companies on the stock market. They failed. They tried to use covert operatives and raid our companies to steal the information.  A few of those succeeded and they ended up killing some of my people in a couple of other attacks.”

Her face went borderline angry, “The first was a problem.  None of you can say much because I’m aware that we have been attacked in some form or fashion from every country here except the Netherlands.  France has tried to acquire our technology using force,” She put up a hand before the Prime Minister of France could argue, “Don’t even go there, I have the detailed documents disclosing the effort.  If you chose to claim you are not guilty, I’ll have ArchAngel immediately release the documents and anything even remotely relevant to the discussion to the Internet.  I’ll make sure we directly email the top one thousand political hacks that would find your information the juiciest ever.”

The Prime Minister from France leaned back in his chair and shook his head twice.

She continuing her pacing, “My group has entertained a wonderful, and wonderfully short, visit from the Australian government when they came knocking.  Mind you, missile explosions in the middle of your country by mercenaries might cause a bit of a concern.  So, we answered them appropriately. Further, we have had discussions with the government of the United States due to an attack in the middle of their country.  That time, it was a little bit of a bigger bomb.  We have had visits from multiple countries all trying to give us legal reasons this, or rules about that, which, in the end, all have to do with acquisition of our technology.”

She stopped and opened her arms, taking in the ship, “Let me be very clear, the technology is not for sale, it’s not for sharing, and I’m not giving it to anyone.” She put her arms down and started walking again, “I’ll get to the why’s in a little while.  China thought they could use force to acquire the technology.  The last update I received, China is down twelve navy ships, ninety-two planes, close to seven hundred troops and a significantly sized portion of the Kunlun Shan Mountains.  Fortunately, they decided they had enough. This was after I was requested to keep my response civil.”

“I’m sorry,” the Canadian Prime Minister interrupted again, “but am I understanding that was a restrained response?”

Bethany Anne stopped and looked at him, and then took in the rest of them with a frown, “Did you guys all choose Canada to suck it up and ask all of the hard questions?”

There were a few chuckles before she turned back to him, “Yes, that was restrained.  They had two options, kill me or sue for peace.  I suppose complete devastation was a third option but even I don’t think they are that hard headed…perhaps North Korea would be, but not China.  They play a long game.  No thanks to a fair amount of Western countries who have abused them.  While I might understand their mentality, it doesn’t mean I have to accept it.”

She continued pacing as the leaders worked to try and pigeonhole this lady into one of their known personality types and were having difficulty.

Ball-buster was the running favorite, though.

“So, let’s get on with this technology we have here.  This is the QBS ArchAngel, one of two operational space ships we have right now.  The other, the QBS Defender, is the one responsible for the little parking lot which was formerly a portion of China.”  she flipped a hand out, “Yes, Prime Minister, we did save quite a few people during the resulting devastation.  If I had wanted to harm more of their people, I wouldn’t have chosen a location so far from most of their populations.”

“Isn’t this a little much,” The leader from Mexico entered the conversation, “All of this power?”

Bethany Anne stopped and raised an eyebrow, “And you would have who hold it, exactly?  If you even remotely suggest that sycophantic tick on the ass of a baboon named the United Nations, I’ll have to ask you to leave as being too stupid to sit with the adults.”

The Mexican President opened his mouth, then shut it.

“Yes, now you come to the realization that none here are going to allow you to be the only one, right? Any country in a group that might be a part of the joint ownership is going to immediately suffer from the advanced capabilities of the U.S., Russia, China and to some degree, the European democracies.  Either way, my mind is made up so the wiser of you will move on to the next item on your list that you would like to accomplish.”

She continued walking, “Now, we come to the good part, the part that makes all of this make sense, and for some of you will both open the next Pandora’s box, and get you irritated as hell with a few of your friends. In the end, it doesn’t matter.”

The lights started dimming as Bethany Anne stepped to the side of the room as did her guards, “Gentleman and ladies, the reason TQB Enterprises exists is to try to protect the world, but not from someone of our world, but rather from a set of Alien clans which enhance sentient beings to fight a galactic version of cock fights.  Winner take all.”

The muttering started when the middle four displays behind the table showed a set of stars in the background when suddenly a flash occurred and for just a few frames, a spaceship appeared, then was gone.

“We Have Contact.”  Bethany Anne told the group before she paused a moment.

“And we can’t find them right now.”

FROM MICHAEL >>> So, sh#t just got real for the leaders, what are they going to do? Especially if (as some believe) some leaders (looking at you USA) ALREADY know there are aliens visiting earth?  Good question….

I guess you will have to wait until another snippet or two get’s put up here, right?  😉

The next Paperwhite for Forward Deployed Military Email is going to hit in a few days…There are something like FORTY (40) Authors joining in the festivities this time (from 16)… H#LY CRACKERS…  So, I’m going to be pumping the @#%!% out of the landing page when it happens for a while, because…Who can possibly view 40 books at one time?  I mean… go down 10 books, see something you like and off you go to Amazon, right?

That leaves thirty more to view next time.

So, what do we have on tap for a book today?  A completely new effort (and book – JUST CAME OUT).  Dana Fraser is part of the 20booksto50k group and asked that (if they would want to) might share the image. You know my answer to that, don’t you?

I have the joint here (but feel free to check out the individual books if you would like). 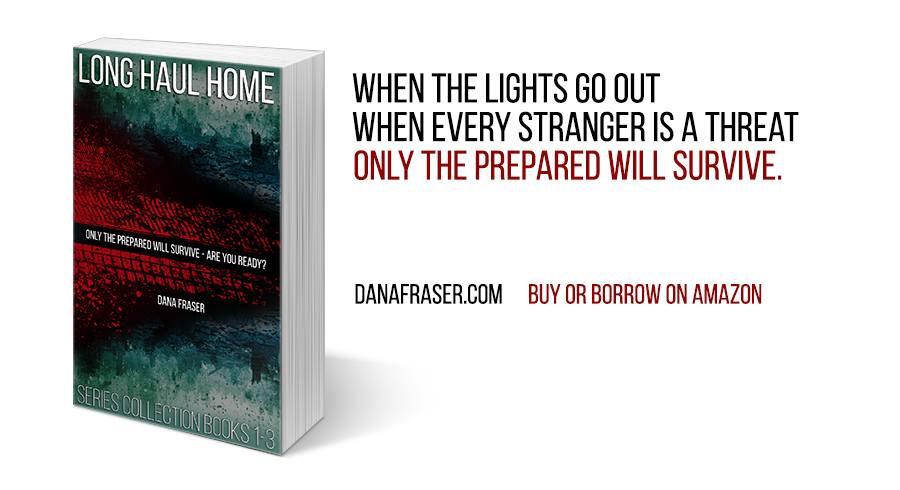