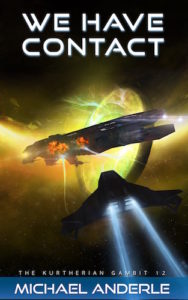 Sun Zedong, ex-General in the PLA, sat in a restful pose in the temple of the Sacred Clan, his eyes closed. One might be forgiven for believing he was at peace sitting there in the dim candlelight, shadows playing on the stone walls hewn out of the sacred rock. It was but an illusion.

Zedong was biding his time, as Sun Tzu taught. Take the measure of your enemy and strike from a position of power, not ignorance.

After his somewhat unexpected rescue by the Leopard Empress, Stephanie Lee, Zedong was happy to not have his head on the Governmental chopping block.

Now, Zedong was determined to put it back on the chopping block for the sake of his country and his people.

He could barely hear the soft footfalls of the feet approaching when his name was called, “Zedong, the Empress would like to speak with you.”

Sun Zedong opened his eyes, a bell reverberating outside the mountain temple, calling to those who worshiped in this forsaken place, and nodded his understanding.

Zedong kept his thoughts clear, his worries under his conscious thought. There had already been too many little tells which suggested to him that someone in the group, perhaps the Empress, could read minds.

He nodded to the two guards at the door to her suite. They allowed him entrance. Truly, there was little he could do to the woman. She had already displayed her ability to change, the high healing rate of those who followed her and the speed of her attacks.

He was but a baby compared to her.

Then, there was her father, who rarely was more than a few steps away from her.

Stephanie Lee was wearing a white robe, with green embroidery of a leopard going up her right side. The opposite side of the gown was unadorned. She was sitting down, a table in front of her with two pillows for those who would join her. He stepped in front, bowed, and then stepped to the pad on the left when she nodded in recognition.

“General Sun,” she started, “we have waited as long as we might for those in power to relax. We cannot wait longer, as my enemy grows in strength. Who was it, the British Prime Minister who said, ‘Ask me for anything but time?’”

“No, my Empress,” he answered, “It was the French leader, Napoleon.”

“Yes, thank you.” She nodded her acceptance of his correction. “I have a need for your services, General. It is for this and other things which I saved you. Is this understood?”

“Yes, my Empress,” Zedong replied, “I understood that you would use my contacts and capabilities to move the Sacred Clans efforts forward.” He pursed his lips and added, “It is a logical contract requirement for saving my life.”

Stephanie Lee looked at the General.

Yin, can you tell if he is lying? Stephanie Lee asked.

No. He is as calm on the surface of his thoughts as one who is telling the truth or a consummate liar.

Then we will send insurance.

“You and General Sun will take a helicopter as transportation, and go meet with some of his contacts. See who we can persuade that the future is with the Sacred Clan, not the present selfishly-focused political leaders of our nation.”

Zedong bowed also and rose fluidly up to follow the shorter woman out of the suite. It was some time before he allowed himself the barest amount of hope.

The Leopard Empress had provided a simple peasant to monitor his movements.

There was no way, he figured, that she would have any idea of the more sophisticated discussions he might have with his contacts.

The practice room was relatively large, with a viewing area protected with transparent, unbreakable glass off to one side for eight to sit and watch those fighting on the floor.

But the whole room was empty save for two friends. Two friends who had literally been on their own highway to hell tracking Forsaken and Nosferatu across the United States years back. The road ending in the Florida Everglades.

Where John’s life had been ending, his own knife jammed into his chest by the last Nosferatu the group had been fighting. The four of them had been able to handle one, but two Nosferatu had been one too many for everyone to survive the encounter.

John had taken the hit, as he wanted to if anyone was going to go down. These men had been his brothers, his kin, and he was ok if it was his blood that would be spilled to keep them alive.

She had come in like a demon savior, eyes glowing red. His friend, Eric, standing in front of him, yanking the blade out of his chest as Bethany Anne provided her life-giving blood to heal him.

Now, his friend wanted to do something dangerous, something John was trying desperately to talk him out of, “Are you nucking futs, Eric?” John asked him, scratching his chin. “Of all the Gott Verdammt stupid ass ideas to get a woman’s attention, I cannot suggest kicking her ass as the one I would pick buddy.”

Eric shrugged and grinned slightly, “I can’t say I’m looking forward to the meetings with Bethany Anne and Stephen after you, either.” Eric leaned to his side to stretch. “But I have to make sure she knows, deep in her bones, that the Eric I am now isn’t the Eric she helped save back in Costa Rica.”

“And the one with the puppy dog complex?” John asked, stretching as well.

“Yeah, that one too,” Eric answered. “Look, I get it, she’s five centuries old. But think about it, the one thing I won’t need to worry about is forgetting her birthday. She won’t want to be reminded at all.”

John chuckled, “I guess that’s one way to think about it. But that probably means the other three hundred and sixty-four days are open for gifts, now.”

“And I’m fine with that,” he replied as he got up, “Now, other than telling me this is a bad idea, what can you do to help me prepare?”

“Alright brother, but half of this is going to be about getting back up,” John said, and his face went from caring to maniacal. “Brother, you are going to meet my friends,” John said as he put up his left arm in a pose, “Pain,” John turned his head to his right arm striking a pose, his muscles showing, “and destruction.”

FROM MICHAEL >>>  This is it…the LAST Snippet before we release WE HAVE CONTACT within the next 72 hours…I suspect possibly 48!  I hope you have enjoyed the snippets and are ready for a little more Bethany Anne, John, Eric, Yuko, and…. 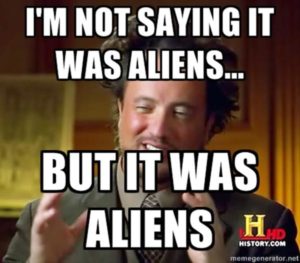