Bethany Anne looked out across the representatives and smiled, “Now, I am open for questions.”

The immediate merging of ten different voices caused Bethany Anne to put up her hand, “Please, I can’t do this with all of you shouting at once.” One of the men that had arrived with her suddenly turned and walked out of the room.

“Until Eric gets back, I will go from my left to my right. So, I will answer the question from the President of the United States first.”

“How long do you believe they have been in our system?” he asked.

Spain, next to the United States, asked the next question, “Do you know if they are friendly or unfriendly?”

Bethany Anne shrugged, “While we do not and cannot confirm they are unfriendly that is our position at the moment. The assumption is, based on information we have, most star-faring races should be considered unfriendly until you have negotiated a treaty with them. Or, your reputation is such that they do not immediately attack you.”

She put up a hand to stop Spain from immediately asking a follow-up question, “Sorry, one question each pass.” At that moment, Eric came back in with a handful of pens and note cards. Bethany Anne turned and retrieved them from him and started walking to the group and passing them out. “We are going to do this the old-fashioned way. Please write down any questions you have here on these cards and we will pick them up. I will answer a couple of more questions while you do this. Remember, we still have to get you guys back to Earth in a reasonable amount of time. We will have further discussions with your duly appointed representatives tomorrow.”

She turned back and walked to the table and then nodded to Mexico, “I see that the Netherlands has not requested a question so Mexico it’s your turn.”

“TQB has stated on multiple occasions that you are not interested in using your technology to accomplish goals near earth. What is TQB’s goal then?”

“Good question, the short answer is our effort is focused on protecting the Earth from,” she used her thumb to point toward the video shot of the alien spacecraft behind her, “them.”

This caused a furious amount of writing on note cards from everyone there.

She nodded to Japan.

“If your effort is focused on protecting the Earth from aliens, how long have you known that aliens have existed?”

“Years,” She replied and then nodded to France.

“Is your technological advancement based on alien information?”

“Yes.” Bethany Anne put up a hand, “I am not going into the background on how this occurred, so you can save a lot of writing on the note cards. Suffice to say, that I am completely convinced there is a group of inimical aliens who wish to overtake the Earth and use it for their personal gain. This is something I am devoting my life to stopping. However, I have no desire to police the Earth, or make it better for humankind. That is your responsibility, not mine. My job, and my team’s job, is to make sure you don’t have to worry about invading aliens while you fix shit on Earth at the same time.”

Spain leaned over to the president of the United States, “She is kind of blunt, isn’t she?”

“Actually, she is being rather restrained I think,” he answered back.

Spain leaned back and murmured to himself, “I’m not sure I want to hear what blunt is, then.”

Bethany Anne retrieved the note cards with all the questions and went back to the table to sit down. Making herself comfortable, she quickly reviewed most of them. A few of the men in the audience raised an eyebrow when they noticed how quickly she was able to flip through the pile.

Coming back to the first note card she started talking, “Are you an alien?” Bethany Anne looked up to the group and smiled, “You know, this is not the first time I have been asked this question. In order to make all of this easier, I was, in fact, born on our own beautiful blue ball. Otherwise, why the hell would I care if aliens took over to the world? Does it make much sense for me to care if I was an alien?”

Looking down she put that card to the side, “Why are you telling us this now?” She tapped the card in her lap for second before answering, “Should this particular alien race be able to overpower what my group has built so far, and you would have to agree we have built what is effectively the most powerful space ships the world has ever seen. You need to understand and be aware of the risk and the danger to the world. My hope was to take this fight somewhere else, and allow the Earth to figure out what the hell it wants to do on its own. Unfortunately, somebody came knocking a little too quickly for my plans.”

She set that card aside, and grabbed the next one. “Can we see more of the ship?” She looked around the room as if she was looking through the walls, “Which part? If you are asking to see the engine room, or some of the more sophisticated areas, why would I believe you’re just assuaging your curiosity, instead of trying to spy? By the way, don’t even try leaving behind data acquisition devices I.E. commonly referred to as bugs. Not only are they going to fail, it’s going to piss me off and walking home is going to be a bitch for those that do it. So, if you would like a small and quick review of the ship we can do that. It will include a run through the bridge area so you can see that.” Bethany Anne put that card aside and grabbed the next.

“This is kinda funny!”  She grinned as she started to read, “Sorry, this is actually for the President of United States. What about Area 51 now?” Bethany Anne looked over to the President and raised an eyebrow, “Actually, if I had thought about it, I would’ve asked this question myself.”

The President shook his head and smiled as he turned to view everyone who was looking back at him. “Would you believe they don’t tell me anything either? As far as I know, Area 51 is really for top-secret Air Force planes and other secret efforts. I did ask someone about efforts within the government to review Alien technology and I was told that I wouldn’t be given access. Now, since I probably am going to be giving them the best evidence of alien technology, I believe I now have the opportunity to learn whatever the hell I want to. I know that isn’t what you wanted to hear, but as the President, I’m not usually told as much as you might think.”

Bethany Anne grunted her displeasure and set the card aside, “Well, that was a major letdown.” There was chuckling around the room…

FROM MICHAEL >>> Indie = Cheap, right?  Poor Quality, Crappy Covers?  Yeah, I don’t think so either!  In case you are curious, check out the covers on the latest 40+ Indie books offered for your review! 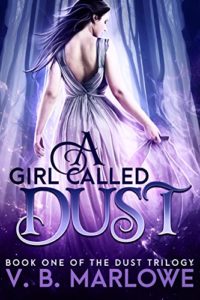 CHECK OUT THE COVERS HERE